I offer a variety of classes, presentations, training opportunities, consultations and more. I love to work with people and find a win-win situation. Think of it as a build-a-bear factory for sex & relationship work. If you’re ready to dive in, you can book me at this link http://bit.ly/2oQb71C

I offer private shopping either in person or online at http://www.selfservetoys.com

I offer training opportunities for medical providers and can give you a list of the places that have hired me in the past including the University of New Mexico Hospital (UNMH), the UNM Occupational Therapy Program, The New Mexico Strangulation Taskforce, Enlace Comunitario and many more.

You can also hire me to build an age-appropriate conversation to have with your child or teenager about their sexuality, relationships and more.

I do private consulting for people of all relationship statuses. If you want to start dating again or strengthen your existing relationships, I can help.

Hunter Riley is the manager of operations and outreach at Self Serve Toys, a sex educator, speaker and social media maven.

After earning degrees from the University of New Mexico in psychology, Spanish and journalism, she gained 5+ years of experience managing a feminist sex shop and talking to customers every day about their sex questions, challenges and successes. She understands that talking about sex can feel scary or intimidating. She helps adults find their voice and comfort level around conversations about sex and sexuality. She helps create an environment where people feel comfortable talking about sex if that feels right for them, and not feel ashamed if they prefer to be more private. She has taught workshops on pleasure, sex toys, communication, safer sex, consent, oral sex, kink, non-monogamy, birth control and more! Her background includes trainings and workshops about sexuality, relationships, masculinity, consent, sexual trauma, domestic violence, communication skills, body positivity and more!

Hunter has taught classes and workshops in English and Spanish at Universities, healthcare offices, sex week events, domestic violence prevention organizations and more. She has authored several sex columns for newspapers and online media outlets in New Mexico including the Daily Lobo, the Santa Fe Reporter and Albuquerque Free Press. She has partnered with organizations like Planned Parenthood, the University of New Mexico, UNM Hospital, Enlace Comunitario, Santa Fe Care Center and more. Her style is comfortable, approachable, friendly and fun, which leaves people feeling relaxed and empowered to explore their own sexual identity without feel ashamed of where they’re at. Her experience managing a retail sex shop, coordinating classes and events, creating groups for young adults interested in kink and non-monogamy and having an upfront and strong social media presence had given Hunter the credibility to have a presence in the sex education industry. Anyone interested in hiring Hunter or learning more about the services she provides can contact Hunter via email at hunter@selfservetoys.com for more information.

It has been a *minute* since I’ve update this blog. I’ve been busy continuing to work for Self Serve Toys as their Director of Education and Outreach. I picked up a few more gigs doing work with PepLove.com and some other fun projects. I finally came back to this blog and realized I’ve changed and updated my perspective, language and thinking on so many things related to sexuality. I’m going keep all my old content up, because I like being able to see where I came from, but I just wanted anyone reading this to know that I’m growing and learning as a person, and that will hopefully be reflected in this blog.

My goal with this blog going forward:

I would like to use this blog to allow people to find some of my past work, find out if they want to hire me or work with me, and find resources they might want to share. Most of my updated work can be found on Self Serve’s blog.

Stay tuned, and if you want more up-to-date info about me and my work, you can follow me on

What’s going wrong with the war for reproductive freedom?

The Supreme Court ruling on Burwell v. Hobby Lobby Stores is a major sign pointing to the way the health and reproductive rights of a woman are not valued in the same way a man’s are.

Whether it’s restricting access to abortion or restricting access to birth control, women’s autonomy as individual human beings capable of making decisions is apparently not valued by the majority of those sitting on our nation’s highest court. It seems, in the eyes of many politicians and court officials, that a woman’s most important purpose in life is to produce children, but not on her own schedule.

This ruling and a pile of new legislation in the last few years show that lots of people believe women shouldn’t be trusted with their own reproductive choices.

Unfortunately that’s not surprising from a court composed mostly of older, white men, but that’s a column for another time.

Many aspects of this case alarm me, ranging from access to health care for people who happen to have vaginas to corporations being afforded similar rights as people. This column deals with the former.

I originally wanted to write about the potential local impact the ruling might have. I wanted to see if some of Santa Fe’s religiously associated organizations might try and join Hobby Lobby and deny contraception coverage to employees.

So I contacted Christus St. Vincent Regional Medical Center, one of Santa Fe’s largest employers and also a faith-based organization that’s now part of a chain of Catholic hospitals. According to Arturo Delgado, director of communications and marketing, Christus does provide coverage for contraceptives, and the Hobby Lobby case won’t change that.

“Contraceptives are a covered benefit under the health insurance plan provided to our employees,” Delgado wrote in an email. “In addition, Christus St. Vincent respects and does not interfere with the physician/patient relationship.”

This speaks volumes to me about how misguided our politics can be. If people who run organizations in the medical field believe that birth control is a personal health care decision that is made between a patient and a provider, let’s follow that lead.

Let it not go unsaid, however that there are definitely ways in which Christus St. Vincent detracts from people being able to make their own reproductive decisions. For example, they only offer abortions in a circumstance where a doctor rules that a mother’s life is in danger.

My guess is, however, that some New Mexico organizations will try to eliminate birth control coverage for employees based on the Supreme Court’s ruling.

And that’s where groups like the Southwest Women’s Law Center will step in.

Pamelya Herndon, the center’s executive director, says she wants to hear from women whose employers have already acted or plan to eliminate birth control coverage from health insurance plans.

“We’re engaging in our listening and advocacy tour, where we go around the state and get input from women and also participate in the legislative session,” Herndon says. “Now we’re looking at economic fairness for women in the workplace. We are looking at the Hobby Lobby case and looking at New Mexico organizations to see if they’re trying to deny women reproductive coverage.”

Herndon suggests that women who are in that situation call 244-0502, email info@swwomenslaw.org or visit the Southwest Women’s Law Center because they might be able to help provide legal representation through a partnership with the New Mexico Women’s Bar Association.

The court system is one of the only tools we have to fight against oppression, and unfortunately it’s a system that works better for some (read: white, middle/upper class) than for others (people of color who have less money).

Yet with the Supreme Court’s recent action, I’m left feeling like future court cases might not go the way I want them to either.

And worse, is Roe v. Wade in danger too?

It’s a shame that the decision about whether or not a woman has affordable access to a form of health care is being made mostly by people who have never had to consider what their lives would be like without it.

This column was originally published in the Santa Fe Reporter.

Using websites and apps to find a partner is becoming a centerpiece of dating for people in the technology age.

Now many people are also using smartphone apps and other dating sites targeted toward a younger crowd who might just be looking for a date for the night instead of a long-term partner.

END_OF_DOCUMENT_TOKEN_TO_BE_REPLACED

My Life. One Story at a Time. 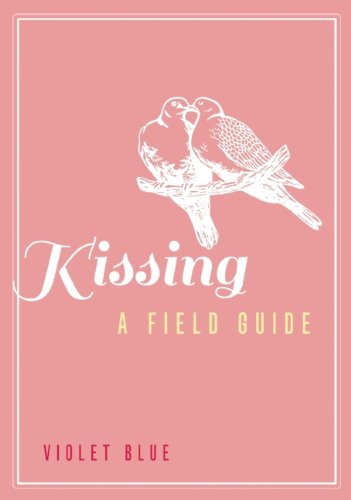 Sometimes words are not enough and the only way to express how much someone means is through the language of a kiss. Kissing is a form of expression and a form of  art . Like a dance, it can be a passionate whirlwind of desire, or it can be a sweet and tender harmony between two souls perfectly in sync. Kisses are seals of approval, invitations for more, a reminder of love when words can’t measure up.

A book that will have you grabbing your loved one to practice a few smooches, Kissing: A Field Guide by bestselling author and columnist Violet Blue presents an indispensible guide to everything you need to know about kissing. Learn how to time your kisses, when to receive and give a kiss, and to choose and perfect your own unforgettable kissing style. Recognize when to create tension and take your kiss to the next…

Whether you love it or hate it – Self Serve wants you to have the most fulfilling Valentines, even if that means not celebrating it!

The WordPress.com stats helper monkeys prepared a 2013 annual report for this blog.

The concert hall at the Sydney Opera House holds 2,700 people. This blog was viewed about 13,000 times in 2013. If it were a concert at Sydney Opera House, it would take about 5 sold-out performances for that many people to see it.

The pink magnet translates into something like “smoke, drink and fuck because life is short”